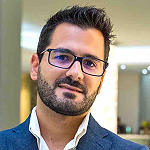 Dr. Alexandre Barros. PhD Tisue Engineering, Regenerative Medicine and Stem Cells in May 2017, University of Minho, Portugal, in collaboration with the Department of Bioengineering, University of California, Berkeley, United States of America; MSc in Technology and Properties of Polymers (2013), at the University of Minho, Portugal and BSc in Biotecnology (2010) at the Polytechnic institute of Viana do Castelo, Portugal. During his Ph.D., Alexandre was granted with a Fundação para a Ciência e Tecnologia individual fellowship, a Urology Research Grant Jaba Recordati 2015 (APU), a Luso-American Foundation's Grant for Internships in the University of California and has received the major innovation award in Portugal the Novo Banco Innovation Award. As post-doctoral researcher continued to develop the work performed in the Ph.D. thesis about "Biodegradable ureteral stents systems" at I3Bs, 3B's Research Group, University of Minho, Portugal. The research developed during the Ph.D. and post-doctoral period originate a spin-off company calls HydrUStent, that are pursuing the clinical trials now. Since April of 2018, Alexandre Barros ?is? Invited Assistant Researcher at I3Bs, 3B's Research Group, University of Minho, Portugal. He has published 16 peer-reviewed articles, 35 communications in international conferences, receiving two times the award of Best Oral Presentation, 2 book chapter and is co-inventor of 7 international patent. He has google scholar h-index of 8 and received over 252 citations. 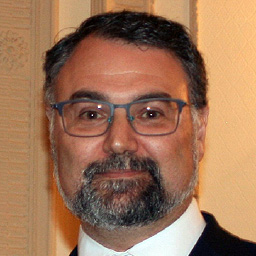 Valentina Cauda is Associate Professor at the Department of Applied Science and Technology (DISAT) of the Politecnico di Torino, Italy since May 2016. She received her Ph.D. In Material Science and Technology in 2008 from the same university and graduated in Chemical Engineering in 2004. In 2006 she worked as visiting PhD student at the Universidad Complutense of Madrid, Spain in the research group of Prof. Maria Vallet-Regí. From 2008 to 2010, she worked as a Post-Doc at the Faculty of Chemistry, University of Munich, Germany in the group of Prof. Thomas Bein. From 2010 to 2015 she was Senior Post-Doc at the Istituto Italiano di Tecnologia in Turin, Italy. For her research results she received in 2010 the prize for young researchers at the Chemistry Department of the University of Munich, in 2013 she got the Giovedì Scienza award, in 2015 the Zonta Prize for Chemistry, and in 2017 the USERN Prize for Biological Sciences. In 2016 she was awarded by the European Research Council with an ERC Starting Grant entitled “TrojaNanoHorse”, in 2018 and 2019 she got two proof-of-concepts funding from either Politecnico and European Investment funds and since 2019 she acts as supervisor in a Marie Skłodowska Curie Action – European Fellowship, with the project title “MINT”.

She is author of 92 papers on peer-reviewed international journals with an H-index of 31 (Source: Scopus accessed on May 2019) and she holds 4 Italian patents.
Contact details and more info at: https://areeweb.polito.it/TNHlab 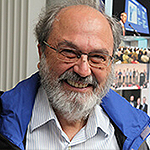 Prof. Missirlis was Assistant /Associate Professor at McMaster University (Canada, 1974-1980) before joining the University of Patras, Greece, in 1981, as a full Professor, directing since then the Laboratory of Biomechanics and Biomedical Engineering, until his mandatory retirement (1/9/2013).

Prof. Missirlis has served as Vice-Rector of the University (1986-1988), as a member of the European, and the World Council of Biomechanics.

He has coauthored a book: “Biomaterials, A Tantalus Experience”( Helsen-Missirlis, 2011), coedited 2 books: “ Modern aspects of Protein Adsorption on Biomaterials” (Missirlis-Lemm, 1991) and “ The role of Platelets in Blood- Biomaterial Interactions” ( Missirlis-Wautier, 1993).
He has published >85 peer-reviewed papers in international journals, several chapters in books, and currently is active in the area of cell-material interactions, mechanotransduction, tissue engineering, biomechanics from macro-to-nano level, and mechanoepigenetics.

Since his retirement he is actively collaborating with the University of Thessaloniki (Physics Dept.), the Ege University (Bioengineering Dept.) and giving lectures and courses around the world. At 2019 he is an active participant of 5 COST Actions.

We are processing your form, please wait.